The advantages of playing chess 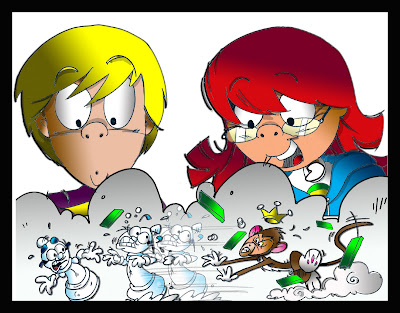 When it comes to their children, parents are often on the lookout for any form of activity that will allow them to grow in a holistic manner. When schools open their doors, extra-curricular activities are generally centered on outdoor sports, public speaking, music, debate and the like. Games such as chess were relegated to the background because one wasn’t sure how this could actually help in the growth of the child, intellectually as well as physically.

If you are to delve into the details of the game, you will see that chess is a game of strategy. The fact that every piece on the board has a unique form of movement and is a part of the whole, makes the game complex. Introducing a child to chess allows the child to recognise complexity. There are numerous ways in which the pieces can be moved, and analysing each move enhances the child’s mathematical as well as analytical capabilities. In fact, children who play chess are able to solve mathematical problems mentally instead of using a calculator to do so. The same goes for the influence of chess on the understanding of science. Going forward, when faced with complex exams like the CAT, GRE and IELTS, a child will be in a better position.

Chess is one game that teaches a child patience and willpower. It improves a child’s ability to interact with his opponent albeit in a silent way. This enhances confidence as well as self esteem and makes one a good listener. Listening can go a long way in improving interpersonal skills and help in business negotiations.

An important feature one will learn in chess is the ability to judge body language. Being able to read expressions when a game is in progress is what will help one plan in advance. This, while applicable to the moves on the chess board are equally important in one’s life. Being able to anticipate issues will allow you to plan in advance and this will hold you in good stead no matter what situation you are faced with. Planning ahead has some great rewards, while lack of planning can result in a check mate.

Chess involves several numerical combinations. Unlike any other game chess is one where there are numerous ways to reach the end result. Each game is different and there are several numerical possibilities to a strategy. Having to deal with this will develop a scientific way of thinking which is very essential when faced with multiple solutions to a problem. Being able to quickly analyse the effects of each move is what will enhance a child’s mental ability.

Chess has also proven its ability to calm aggressive children. The need to sit still in one place and concentrate on the board has brought a calming effect on a number of children. This has allowed them to grown into calmer individuals with a stable head on their shoulders.

Looking at things from the health perspective, chess also helps students who may have sustained certain physical disabilities from birth or by accident. Because of the movement of pieces in the left, right, forward, backward and diagonal ways, fine motor skills are developed. Chess is also a game of experience. If you want to win successive games, you will have to learn from your earlier mistakes. This means remembering all the moves you made. Memory is another thing that chess helps improve. Chess has also proven capabilities of calming frayed nerves and therefore is also used extensively as recreational therapy. One’s attention span as well as observation powers are highly sensitised with the game. In order to understand how your opponent is going to play, you need to watch and remember his or her moves and try and find a pattern in it. This is where cognitive skills are enhanced and improved on.

Chess has a number of benefits that may not be as easily perceived as the physical advantages of football and cricket. Its effects are subjective and one that can be observed over a period of time. Introducing children to the game at a young age will allow them to grasp and understand the nuances of the game much earlier on. You will be doing them a favour in the long run.