Chess Benefits The Young And The Old 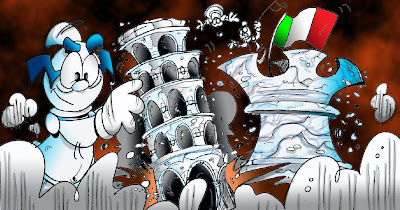 Could we look into the head of a Chess player, we should see there a whole world of feelings, images, ideas, emotion and passion” (Alfred Binet)

Chess for the young

Originating in India, the game of chess is known to have great significance in developing the mental ability in kids as is seen from the extensive research done on it. Playing chess helps kids become better students and even great leaders later on in life. Kids who play the game themselves believe that thinking about the different strategies makes their brain ‘learn and grow’ .It also enables them to relax and have fun with friends.

As shown by various studies conducted throughout the world, the game is known to increase spatial, numerical and even verbal aptitude in students. In China, kids showed 15 percent improvement in math and science test scores after starting to play chess. In Venezuela, the’ Learning to think’ project demonstrated that when methodically taught, chess was known to improve the IQ in elementary school children irrespective of their socio economic backgrounds. After a year of playing chess, many kids have demonstrated better self image and self esteem. Experts also think that this game helps children in learning to be patient, and think before acting. One even learns how not to repeat mistakes and spot potential traps. Chess and math both have patterns, so it also helps with pattern recognition too.

Chess for the not-so-young

Chess is also beneficial to the elderly community.

A 2003 report in the New England Journal of Medicine has indicated that chess and other brain activities delay the onset of Alzheimer’s disease. It has been estimated that by the year 2050, nearly one in every 85 people will be affected by the debilitating disease. Chess is one treatment that experts believe might help delay the onset of the disease as it directly stimulates certain areas of the brain. This stimulation also shifts with the different problems faced in the game. Dr Robert Friedlander, lead scientist of the study has indicated that people who do not exercise their gray cells stand a chance of losing their brain power as they age.

As per the Chinese proverb, "Life is like a game of chess, changing with every move".