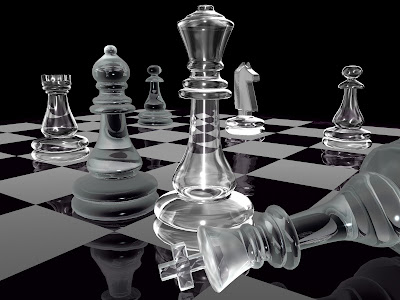 During the 1995-1996 school year, two classrooms were selected in each of five schools. Students (N = 112) were given instruction in chess and reasoning in one classroom in each school. Pupils in the chess program obtained significantly higher reading scores at the end of the year. It should be noted that while students in the chess group took chess lessons, the control group (N = 127) had additional classroom instruction in basic education. The control group teacher was free to use the "chess period'' any way he/she wanted, but the period was usually used for reading, math or social studies instruction. The control groups thus had more reading instruction than the chess groups. [Stuart Margulies, "The Effect of Chess on Reading Scores,'' 1996]

“Playing Chess: A Study of Problem-Solving Skills in Students with Average and Above Average Intelligence,'' a study by Philip Rifner, was conducted during the 1991-1992 school term. The study sought to determine whether middle school students who learned general problem solving skills in one domain could apply them in a different domain. Data indicated that inter-domain transfer can be achieved if teaching for transfer is an instructional goal.

During the 1987-88 ``Development of Reasoning and Memory through Chess,'' all students in a rural Pennsylvania sixth grade self-contained classroom were required to participate in chess lessons and play games. None of the pupils had previously played chess. The pupils significantly improved in both memory and verbal reasoning. The effect of the magnitude of the results is strong (eta 2 is .715 for the Memory test gain compared to the Norm). These results suggest that transfer of the skills fostered through the chess curriculum did occur. [Robert Ferguson, "Development of Reasoning and Memory through Chess,'' 1988]

According to a two-year study conducted in Kishinev under the supervision of N.F. Talisina, grades for young students taking part in a chess experiment increased in all subjects. Teachers noted improvement in memory, better organizational skills, and for many increased fantasy and imagination [Education Ministry of the Moldavian Republic, 1985]

The 1979-1983 Venezuela ``Learning to Think Project,'' which trained 100,000 teachers to teach thinking skills and involved a sample of 4,266 second grade students, reached a general conclusion that chess, methodologically taught, is an incentive system sufficient to accelerate the increase of IQ in elementary age children of both sexes at all socio-economic levels. [Isaac Linder, ``Chess, a Subject Taught at School,'' Sputnik: Digest of the Soviet Press, June 1990, pp. 164-166 and Rafael Tudela, "Learning to Think Project,'' Commission for Chess in Schools, 1984, Annex pp. 1-2.]

In a 1974-1976 Belgium study, a chess-playing experimental group of fifth graders experienced a statistically significant gain in cognitive development over a control group, using Piaget's tests for cognitive development. Perhaps more noteworthy, they also did significantly better in their regular school testing, as well as in standardized testing administered by an outside agency which did not know the identity of the two groups. Quoting Dr. Adriaan de Groot: ...``In addition, the Belgium study appears to demonstrate that the treatment of the elementary, clear-cut and playful subject matter can have a positive effect on motivation and school achievement generally...'' [Johan Christiaen, "Chess and Cognitive Development,'' doctoral dissertation, 1976, Trans. Stanley Epstein]